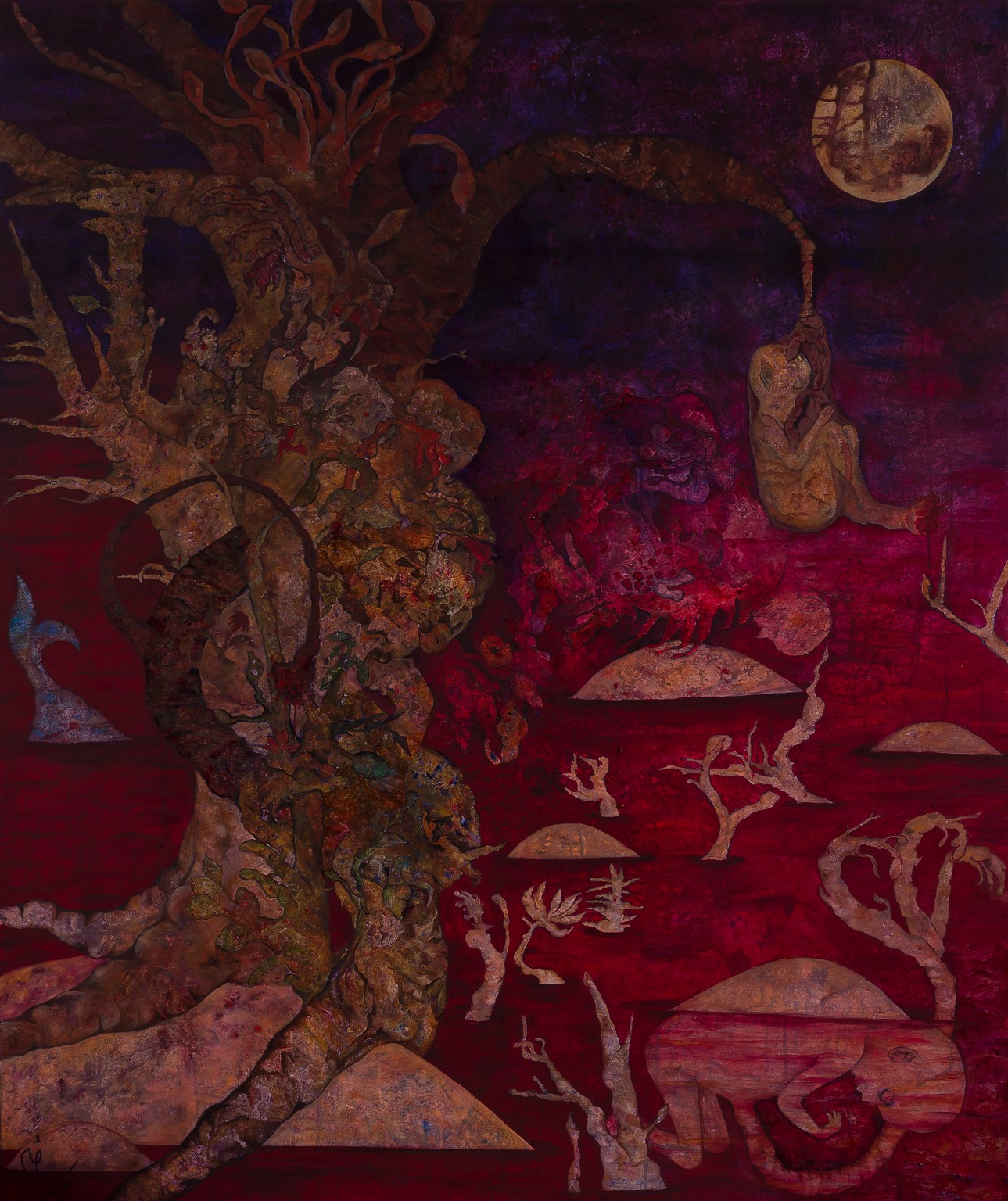 In Hebrew mythology, the term “lilith” (translated as “night creature”, “night monster”, “night hag”, or “screech owl”) is identified as a female demon. The character is generally thought to derive from a historically far earlier class of female demons (liliths) in Mesopotamian religion. She appears like Adam’s first wife, who was created at the same time and from the same dirt as Adam. This contrasts with Eve, who was created from one of Adam’s ribs. Lilith claims that since she and Adam were created in the same way, they were equal, and she refused to submit to him and become his subordinate. After she leaves Adam, God sends three angels (Senoy, Sansenoy, and Semangelof) to bring her back, and as she refuses to return, every day she loses one hundred of her children.

In this painting, I’ve portrayed a mythical tree from Avesta, called Harvisptauhma. The tree of all seeds is taken as the foundation of life and the first tree on earth; standing in the middle of the heavenly sea “Vourukasha”. At the center of the Vourukasha also grows Gaokerena plant or “White Haoma,” considered to be the “king of healing plants.” In Persian and Zoroastrian mythology, the mighty Gaokerena was a mythic Haoma plant that had healing properties when eaten and gave immortality to the resurrected bodies of the dead.

This painting is developed around the incarnation of lilith and the blood of all her children in the form of a life-bearing plant; raising again in the sea of their own blood. 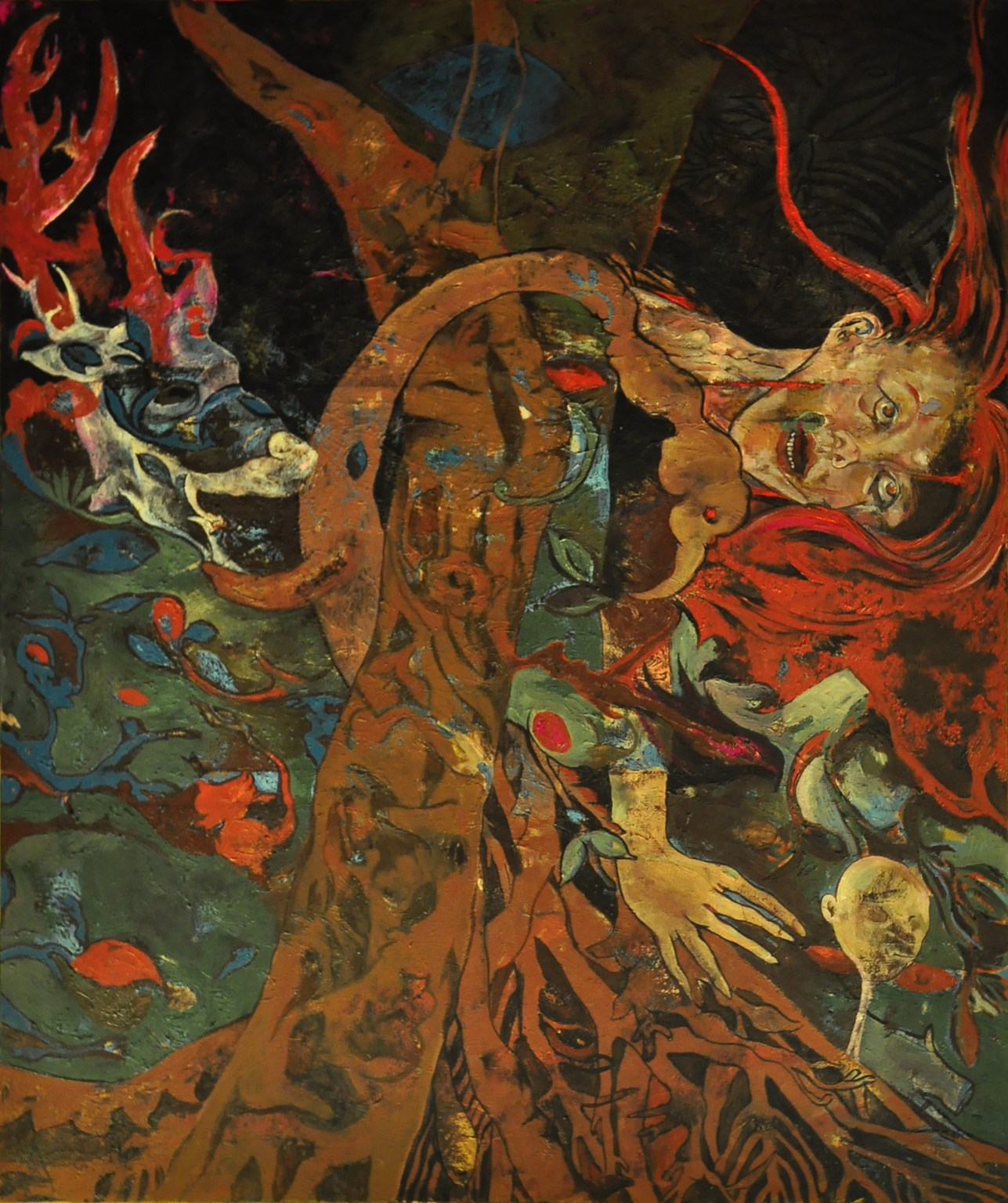 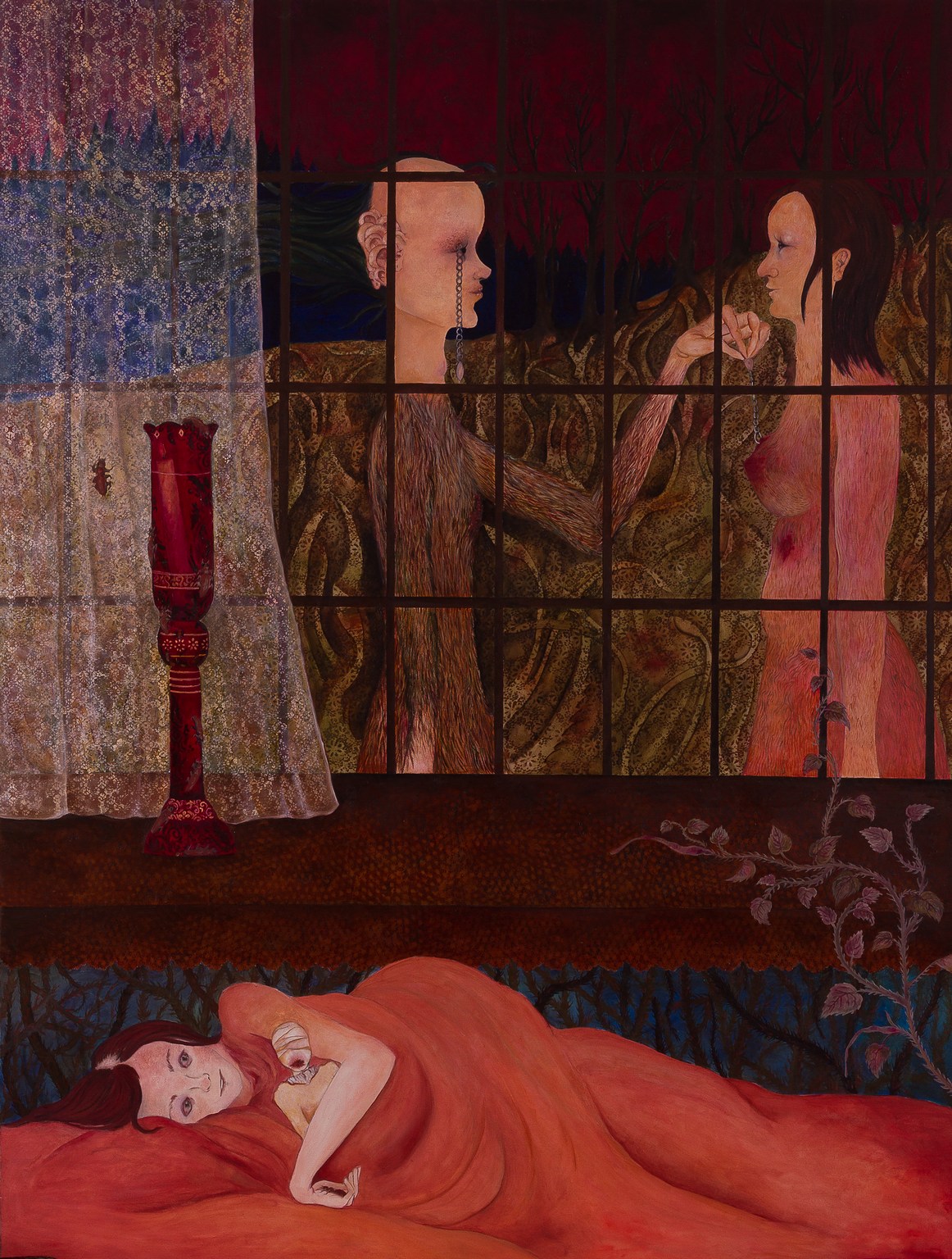